Coffee is a drink loved by many. If disputes often arise over tea and many people really dislike it, then almost everyone drinks coffee. There are many varieties of it: espresso, cappuccino, latte, mocha, glacier, americano and many, many others. It is impossible to resist at the sight of such a diversity and not to try at least something. Everyone knows that coffee is very harmful to the body. However, is this really the case? 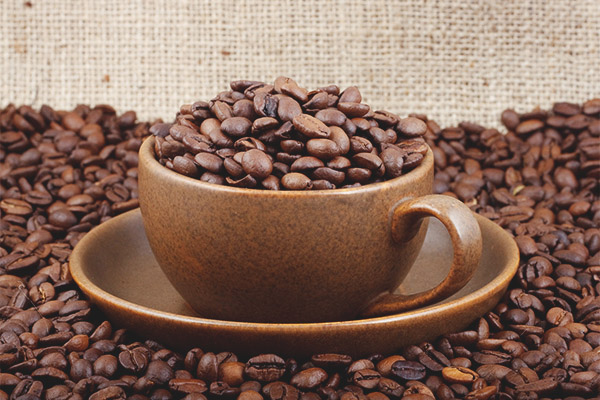 Coffee has a long history full of secrets and mysteries. Ethiopia is believed to be the birthplace of the coffee tree. It was there that first tried the coffee beans. Legend has it that one of the monastic shepherds noticed how some red berries give strength and energy to his goats. He gave these grains to the abbot of the monastery, and he, convinced of their miraculous power, began supplying his monks with coffee beans.However, in those days they were simply chewed without roasting or brewing with water.

Later, Arabs came to Ethiopia, who made something like candy from coffee beans. They invented to pour coffee with water. Fry it began only in the XIII century AD. Then they learned about the drink in Europe, and began to buy grain. The Ottoman Empire and its campaigns in different parts of the world helped in many ways to spread coffee trees outside the Arabian Peninsula.

There are legends that traders secretly exported coffee beans to various continents during the Great Geographical Discoveries. This helped to reduce its prices. And we can now drink coffee grown in Brazil, Costa Rica, in Cuba.

instant coffee - the benefits and harm to health

Many believe that it is just black coffee and coffee with various additives. Depending on the additives, various names occur. However, true connoisseurs of this drink know that even black coffee can be different. This is important to know and a simple man in the street, who occasionally drinks this drink. The fact is that the strength of the drink and all its properties depend on the roasting of coffee and its variety.

The degree of roasting allocate (ascending):

The higher the degree of roasting, the more tonic properties coffee has. A drink made from the grains of the last two types of roasting is generally not recommended to drink after dinner, only in the morning in order to invigorate.It should be said that instant coffee is much weaker than choux. Its properties are less affected by the degree of roasting. In addition, the maximum amount of tonic substances contain only whole grains. Ground coffee quickly loses them.

In addition to roasting, the coffee tree variety is of great importance. Commercially, only two of its types are used: Arabica and Robusta. The first variety is classic and grows on the Arabian Peninsula. These are the very coffee beans that have an oblong shape and characteristic curvature. This coffee is more expensive, but its flavor and taste is worth it. Robusta is brought from Indonesia, Sri Lanka and India. Grains have a round shape and light color. Its taste and aroma is different from arabica, but it contains more caffeine. Robusta is more often used for making instant coffee.

barley coffee - the benefits and harm

The effect of coffee on the body

The following discussion focuses only on black brewed coffee made from Arabica beans. The degree of roasting will depend only on the severity of the properties listed below. It is worth remembering that various additives change not only the taste, but also the properties of coffee. 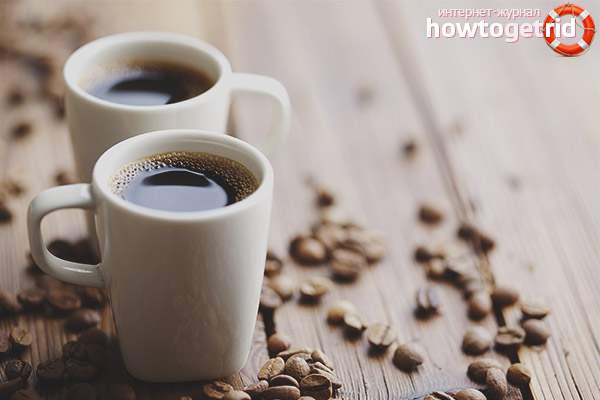 Studies of the properties of coffee were conducted in 2016. Their result is the following data:

the benefits and harm of green coffee

Based on the above, we can say that it is undesirable to drink coffee:

It should be said that all other categories of people should use coffee only in moderation. One or two cups a day is enough. Strong espresso is measured in cups of 50 ml, American - 100 ml.

Thus, we can conclude that coffee has a lot of useful properties, but at the same time, a lot of dangerous properties. Recent studies have allowed to accurately determine which body structures and how coffee affects. In the absence of contraindications, its moderate use brings great benefits to the body.

can you drink coffee during pregnancy