Nowadays, a small proportion of women suffer from a severe psychophysical condition, which is called a false pregnancy. Characteristic features of this phenomenon are all signs and symptoms of this pregnancy. A woman begins to dramatically change her mood, menstruation disappears, her chest and abdomen increase, and her overall body weight increases. Sometimes, some women even have sensations, as if a child is moving in her stomach. However, despite all these signs, there is no fetus in the stomach. This condition can be characteristic not only for people, but also for pets. For example, sometimes a false pregnancy occurs in cats. 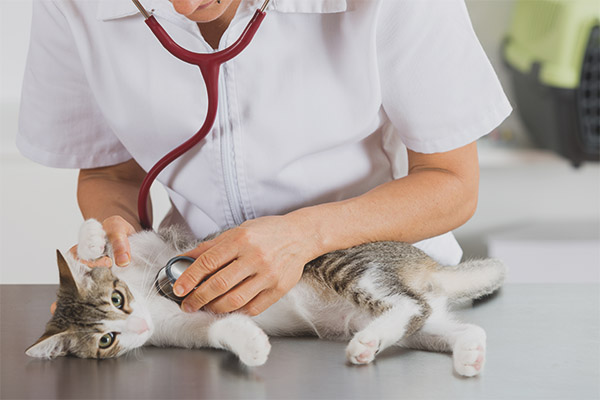 It is also worth noting that a false pregnancy occurs in other pets, dogs, and much more often than in cats.This mechanism in animals is practically laid by nature, since the female with a false pregnancy can feed another's offspring, if there is a need for it. Cats in this respect are not so affectionate and caring, some representatives of the cat feed their babies with difficulty, and they don’t even bother with strangers.

What is a false pregnancy in cats?

If we consider this phenomenon, in fact, it is a hormonal disorder in which the cat shows all signs of pregnancy, despite the fact that fertilization has not occurred. On average, a false pregnancy lasts from one month to one and a half. In general, this condition can occur in cats of any breed, however, the Orientals, Cornish Rex, and Sphynx are the most susceptible.

the cat refuses to eat: why and what to do?

Why does a false pregnancy appear in cats?

In order for a cat to have a false pregnancy, it is not necessary for her to mate with a male. The representatives of the cat this condition may appear for the following reasons:

How does a false pregnancy appear in cats?

Independently distinguish a real pregnancy from a false one in a cat is almost impossible. This can be done only with a visit to the veterinarian. Cats, confident that they will soon get their offspring, behave in full accordance with the behavior of pregnant females: 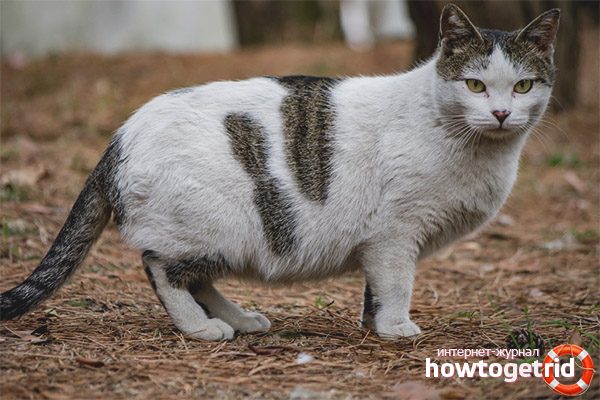 In addition to changes in the mood and behavior of the pet, the owner may also note some changes in terms of physiology:

A cat with a false pregnancy may show some signs from this list. For example, a pet may not have any changes in mood, or the stomach will remain the same size. The hardest thing is to understand whether a cat is pregnant or not, will be the owner, whose girl mated with a cat. In this case, it is simply impossible to determine whether it was fertilized or not, and all the signs of a false pregnancy coincide with the real ones.

Confirmation of pregnancy is possible only in the veterinary clinic, where using an ultrasound, as well as by probing, the specialist will be able to determine whether the cat has a fetus inside. You can go to an appointment with a veterinarian a couple of weeks after being mated with a cat, or after the owner has noticed unusual symptoms in his dog.

the cat shakes his head and scratches his ears: why and what to do?

How to cure a false pregnancy? 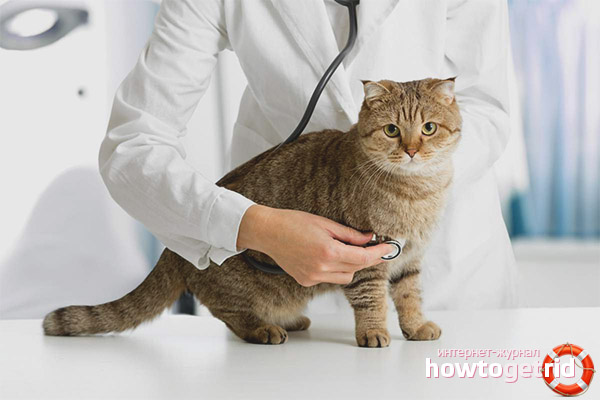 Do not think that a false pregnancy will pass on its own, as soon as the animal realizes that there is no fetus. This condition is a serious violation of the psyche and the work of some internal organs. Lack of attention to a false pregnancy can lead to quite serious consequences: tumors of the thyroid gland and organs of reproduction, mastitis, or inflammation in the uterus.

The scheme of treatment of false pregnancy includes the consistent implementation of the following steps:

Despite the fact that a false pregnancy is quite rare for the representatives of the feline phenomenon, in some females it can occur quite often. In this case, it is best to sterilize the cat so that it does not experience stress after each estrus.

Conjunctivitis in cats - symptoms and treatment