Is it possible to sterilize a cat during heat?

Owners of domestic representatives of the feline family often face the problem of inadequate pet behavior during estrus. Delivered discomfort makes the owners think about the question of possible sterilization. 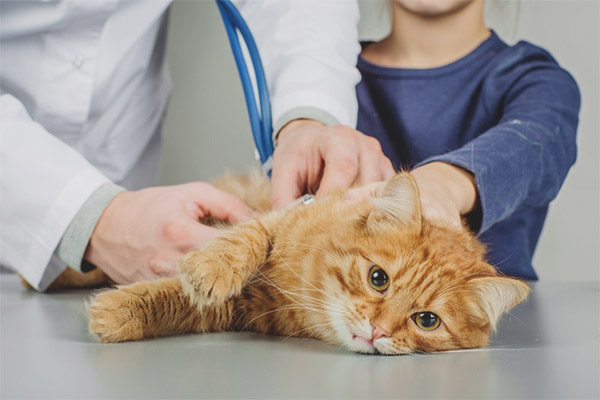 Sterilization, like any other surgical intervention, is a stress not only for the pet, but also for the owner. Veterinarians of international clinics have long agreed that the sterilization procedure is mandatory if, for whatever reason, the cat is not involved in breeding. It is believed that this operation will favorably affect the life expectancy of the pet, since the risk of hormonal imbalance and suppurative inflammation of the genital organs becomes minimal.

When is it better to sterilize a cat?

Not everyone understands that sterilization and castration are not the same thing. In medicine, sterilization means the elimination of fertility, by bandaging the fallopian tubes. The sexual instincts of the pet after the operation are preserved.

Castration is a more serious surgical procedure, in which the complete removal of the uterus and ovaries is performed. The attraction of the pet to the opposite sex after the operation is gone forever. The sterilization method is much less efficient, so veterinarians more often use castration. Both females and males are exposed to this operation. That's just the people of these concepts are often confused, mistakenly calling castration sterilization, so we will be guided by generally accepted terminology.

Puberty in each animal, due to individual characteristics, occurs at different ages. Therefore, it is recommended to sterilize a cat from six months to a year.

If the cat previously participated in breeding, then sterilization can be carried out at 5-7 years of age. Very rarely veterinarians sterilize cats when they are not yet 6 months old.However, at this age there is a risk of complications (for example, developmental delay).

The reasons why sterilization is carried out at an early age:

Prolonged abstinence can be harmful to the health of the cat. It should be understood that hormonal contraception causes an imbalance of the hormonal background of the animal, which can provoke purulent inflammation of the uterus and ovaries.

Fact! About 70% of cat diseases are based on diseases of the urinary organs. It is necessary to take care of the pet in advance, reducing the potential risk.

why does the cat trample you

Sterilization of a cat during estrus

Opinions of experts on the issue of sterilization during estrus diverge. 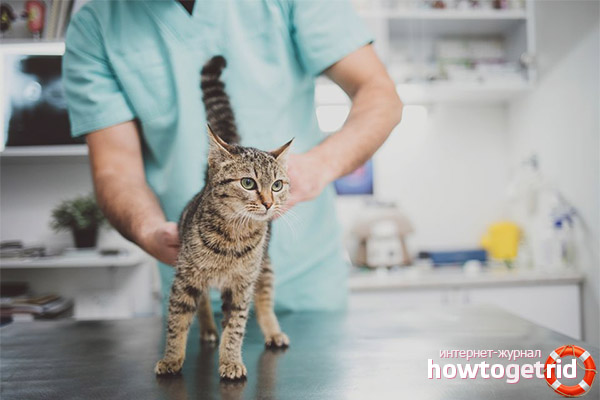 There is a theory according to which it is prohibited to conduct this operation during this time period. And there are a number of arguments:

The operation performed during estrus will cause increased bleeding, the animal will continue to withdraw from the state of anesthesia, and the healing period of the stitches will be longer.

It is preferable to carry out the operation before the first estrus, but if the moment is missed, the next favorable period for the procedure will come 1-2 weeks after the end of the increased sexual hunt. With all this it is necessary to take into account that the use of hormonal contraceptives for an animal is much more dangerous than sterilization.

In any case, before making a decision, you need to check the general health of the pet. Creating an extra load for a sickly cat is unacceptable.

why the cat constantly meows and yells

What is dangerous sterilization during estrus

The danger of surgical contraception for the animal's body is small. Sterilization is a simple operation, which for healthy animals can be carried out in any life period. However, you need to make sure that the cat has no allergic reactions to the medicinal components used during the operation.

Many veterinary clinics promote the laparoscopic sterilization method. He is the most gentle.

The operation takes about 15-20 minutes and does not require special training. The risk of increased blood loss, as well as long-term stay of the pet under anesthesia is reduced to zero. There is no need to use drugs of the antibiotic group after sterilization.

When is it best to perform sterilization after estrus

Veterinarians recommend waiting for some period from the time of estrus, so that the animal returned to a calm state. But in cases of bright aggression and constant cries of the animal, the operation should not be postponed. The pet should be taken to a veterinary clinic, where he will be provided with qualified assistance.

The sterilization procedure should not be a concern. Such a surgical intervention will make life easier for the cat and its owners. And diseases associated with the urogenital system will bypass pet.

With proper care, the cat will recover from anesthesia within a few days after surgery. The effect of anesthesia will not harm the body if the dosage has been calculated correctly.

The sterilized cat becomes less aggressive, ceases to mark and tear furniture, it is better to make contact and to be trained. Pet's appetite increases, so it is important to introduce specialized premium class feeds for sterilized cats to the diet in order to prevent weight gain. It is important to be attentive to the cat and monitor its balanced diet.

how to understand that a cat is pregnant