Oatmeal Remez is a small-sized bird belonging to a passerine order. By their size, these birds resemble sparrows more; nevertheless, unlike the latter, they have a shorter beak and a long tail. 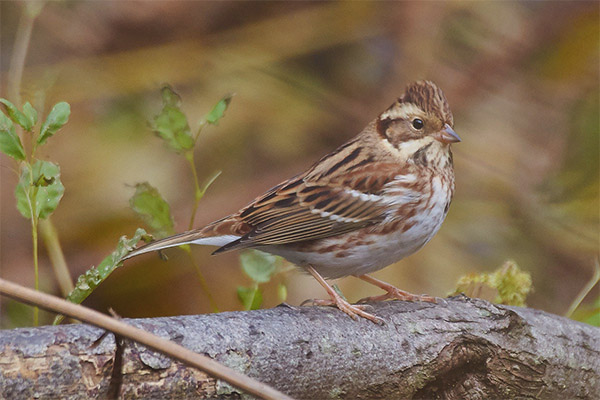 The length of the bird body does not exceed 150 mm, the average weight is about 20 grams. Note that this species of feathery is quite easy to distinguish from other birds of the order of passeriform due to the rather variegated and bright coloring of the plumage. The back cover of the male is brown with characteristic stripes. The sides and chest are red-brown. The head is dark with a tuft, on which white eyebrows are highlighted with bright spots. The plumage of females is mostly brown in color. Buntings make quite melodious sounds, songs are not complicated.

The most attractive for living are omelos Remeza - taiga forests (mixed type, forest-tundra). Most often found in Europe, Asia, in the Scandinavian countries. The main wintering place is China, Iraq, Japan, the foothills of Central Asia.

Oatmeal Remez is a feathered, nesting, migratory species. Birds living in the central and northern parts of the habitat, as a rule, arrive at the nesting site with the arrival of the first heat (early-mid spring). For wintering birds gather in deep autumn, which is explained by the end of the breeding season.

For nesting birds everywhere prefer the terrain, characterized by the presence of the northern landscape type - a humid climate and swampy soil.

Note that this type of bird is quite sociable and does not avoid people at all. Often Remez settles nearby with human housing, while not only in rural areas, but also in the city. Most of all Remez likes to settle near farm and agricultural land, which is explained by the close availability of food necessary for feeding the birds.

Such a small bird, like the oatmeal Remez, differs from its relatives by a compact constitution and bright coloring of its feather cover. The length of this feathered body does not exceed 150-160 mm, the average weight is 20-22 g. Wing span Remeza - up to 250 mm. In a state of excitement in these birds, the tuft begins to bristle, located in the region of the crown and consisting of several elongated feathers. The bird's beak, although short, is rather large with a characteristic straight fad. The gap located between the mandible and the upper mandible is expressed rather weakly. 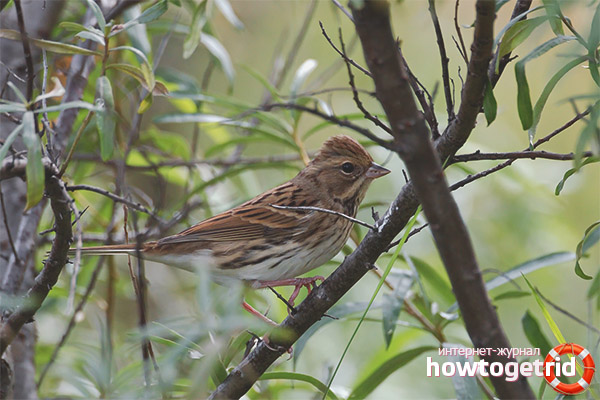 I would like to draw attention to the fact that, in general, this species of birds is hardly noticeable, often allows the enemy to come close to the nest. Often impersonating himself, starting to make alarming and quite loud sounds.

The color of the mating feather cover of the male Remez is rather motley and eye-catching - the top of the attire is brownish, the lower part is light with a characteristic chestnut band crossing the breast area. There are also chestnut spots on the sides of this small bird. The head of the oatmeal is decorated with a black hat, the occipital part, chest, chin, and eyebrows of the Remeza are white.

The bird's tail feathers are dark in color, with the exception of medium and extreme pairs that have a lighter color. Legs of Remeza are pinkish with an ocher tinge, the wide and short beak is dark brown, the mandible has a pink-ocher color.

The female has a dimmer color of plumage, which, in fact, distinguishes it from the male, the autumn outfit of the male is similar to the one that the female wears.

The singing of male Remeza can be heard even during the flight of birds to the nesting place, when individuals are still kept in small groups.

As a rule, the separation of birds into pairs begins almost immediately after arrival at the nesting site. Most often, Remez places its nests on the ground, hiding in dense vegetation, thickets of bushes. Nests are mainly built from last year’s vegetation (dry grass, horsetail).

The maximum number of eggs in the clutch is 6 pieces. A distinctive feature of oatmeal Remesa eggs from other species is that they completely lack the characteristic threadlike pattern. The surface of the eggs is brownish in color with dark spots scattered over it.

The female Remeza is mainly engaged in incubating future offspring, the incubation period is about 2 weeks. Even for the same amount of time, the nestling chicks are in the nest, not leaving it until they get stronger. In the event that for any reason the offspring perishes, the birds make a new laying. 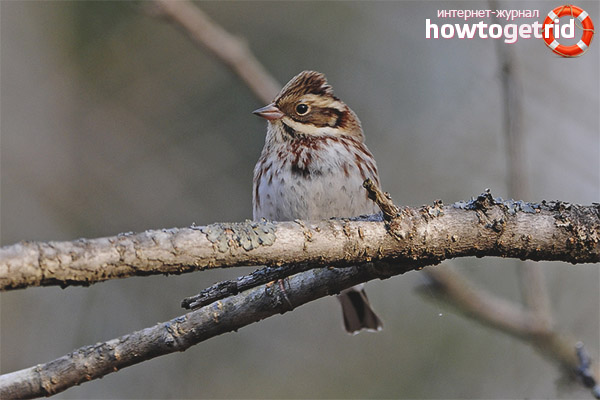 The main food of the Remeza in the summertime is small invertebrates and various insects. With the arrival of autumn, these birds mainly switch to vegetable food, while a plant such as oats is a favorite delicacy of the bird.

Although this type of oatmeal resez and was quite widespread, however, for the content of these birds are chosen not so often. This is due to the fearfulness of these birds and their distrustfulness. Most often, these songbirds are bred in captivity by canary breeders, the main purpose of which is to train birds in characteristic tunes. As a rule, in this case exclusively young individuals of males are selected.

The bird cage should be roomy, at least 700 mm in length. If Remeza is hooked to other birds, conflicts are not excluded, as the porridge may show some aggression.

Important! One of the main conditions for the maintenance of this type of oatmeal is the presence of soil or sandy soil.

The basic diet of Remeza in captivity is the seeds of oats, rapeseed, millet, flax, sunflower, canary. A good additive in the diet is the so-called sifting, which means a variety of weed seeds. Also, do not forget about the soft food for birds - for this you can use gammarus and daphnia. During the period of molting and breeding birds should be fed: vegetables, herbs, insects, meal worms.

The songs performed by Remez are quite diverse in their structure and, as a rule, consist of alternating melodious trills. Most often, Remez sings in thicker ones, sitting high in the tree's crown (tops or side branches).

Under favorable living conditions, oatmeal can live up to 4-5 years. Nevertheless, a case was recorded when a long-lived bird was also found, the life span of a Remez was about 13 years.

Remez - a bird known as an excellent builder, building a strong and reliable nest.Often in southern countries, particularly in Africa, where these birds arrive for the winter hut, bunting nests are used as wallets, which resemble in their appearance a mitten with a rather narrow entrance.