Starling is a passerine bird; it can beautifully sing, intermix and destroy harmful insects, for which he is loved by man. There are about a dozen species of this bird living on the mainland of Eurasia, one of them is a gray starling. 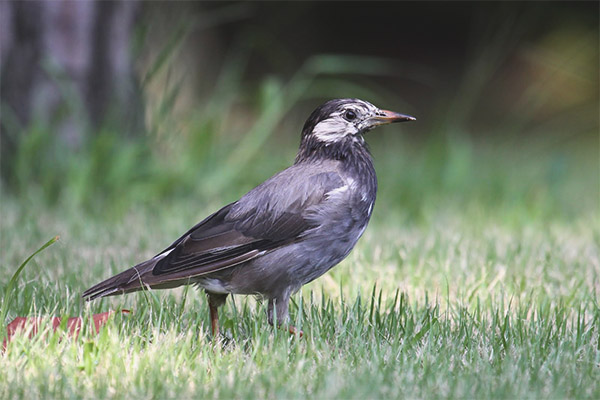 The gray starling is no larger than a thrush, length is 20-25 centimeters. On top it has feathers of brown or smoky color, chest, nadhvoste and tummy slightly lighter - light gray or dirty white. The feather cover on the head is either completely white with a large number of black spots, or black-brown with white spots. But in both cases beams of white feathers stand out on the cheeks. Eyes usually brown. The beak is yellow with splashes of orange, the tip is dark. The tail is brown, an average of 6.5 centimeters long, the legs are similar in color to the beak - yellow with orange. Females differ slightly in color - slightly lighter than males.Starlings of all breeds have the same voice - sharp crackling and clicking.

It is distributed in the territories of Japan, Korea, nests in Northeast China, Mongolia, feels at ease throughout the East Asian territory. In Russia, it is found mainly in the eastern territories - in the south of the Transbaikalia and Pribaikalye, in Primorye, on the southern extremities of the Kuriles and the Sakhalin Peninsula. For living and nesting it prefers flat woodless terrain - urban gardens and parks, small groves, rare forest, pastures. A forest with dense and abundant vegetation does not seduce it.

The gray starling is a sociable bird, that is why it prefers a gregarious way of life, living in close-knit colonies, in which rarely less than 30 pairs of individuals. They settle near each other, trying to occupy comfortable places: in the attics of old buildings, in hollows of trees, nesting boxes. Maybe during nights of spending a huge number of birds - up to several thousand.

They fly in the same large flocks, managing to soar, rotate, and land at the same time - a clear and strict organization is felt.

The gray starling is not a very good neighbor: for a profitable area in which you can nest and live, he will fight with any birds.

All gray starlings, except those living in Japan, go for the winter to warm regions, overcoming several thousand kilometers - fly to the north of Africa, to warm regions of India, and so on. As a rule, flights begin with the onset of frost - from September to early November. Young animals without nests fly away in the summer. 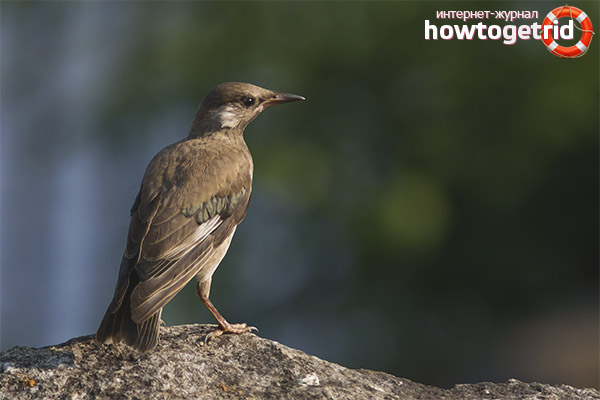 In the diet, the gray starling does not limit itself to anything — consumes both animal food and vegetable food. Although prefers, of course, more living organisms. It feeds away from the nest, eats all sorts of insects: beetles, bears, ants and others. Also eagerly hunts and eats their larvae. It hunts crayfish, shrimps, frogs, newts, lizards. From vegetarian food, cherries, berries of various plants, fruits growing on trees, seeds of wild and cultivated cereals, and vegetables are included in the diet.

Since wintering, the males arrive first and begin to bother about finding places to live.In addition to huddled up specifically for starlings of birdhouses, these birds like to settle in attics and under the roofs of some buildings, in holes in the wall, hollows. Having picked up a place for nesting, they spread it from the inside with torn off thickets of last year’s grass, either with their own or other feathers.

Eggs are laid twice per season - the first time in late April or early May. From 2 to 10 eggs of blue color are laid and they hatch about two weeks - 12-14 days. Both parents engage in incubation, although the male is often absent in search of food.

Nestlings are born completely naked, not dependent, the first days only the male feeds, constantly bringing in more and more new portions of food. In the first days, soft food is brought in, the harder (locusts, grasshoppers, snails, and so on) the male pulls up later - when the brood grows up, and the mother warms the babies with warmth. During this time, replenishment in the starling family can be recognized only from the remnants of the shell that fell on the ground - the chicks behave so quietly. After 21-24 days, they grow up, stand on the wing and begin an independent life. 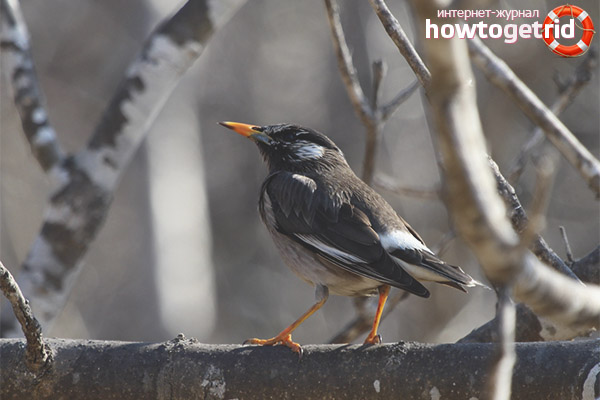