Redstart belong to the order of songbirds. This is the most numerous squad among all birds. It has dozens of families of small birds. Redstarts belong to the family of flycatchers, which also includes many genera. The Siberian Redstart is one of the species of the small Redstart genus, so named because of its habitat. 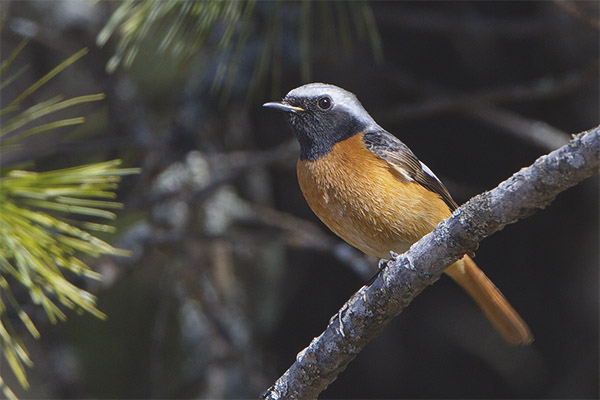 General description of the species

The Siberian Redstart is a very small bird. This is one of the smallest representatives of his squad. The size of these birds is even smaller than that of a sparrow. Their length, including the tail, does not exceed 16cm. Redstart weight up to 20 grams. The Siberian redstart is very difficult to distinguish from other members of its species. All of them are characterized by common features: variegated color in males and gray, inconspicuous in females.

The males of the Siberian redstart have a brownish-gray back and wings, a white stripe on the beak and an orange abdomen.Feathers on the tail of mixed color: among the brown plumage there are orange blotches. A male, due to its diversity, can be distinguished from other passerines. In contrast to the common redstart, they have white spots on the wings.

The females of these birds are completely unremarkable. They are lighter than males, but the belly is as brownish-gray as the back. There are no bright colors in the plumage of females. Outwardly, they look like sparrows, but smaller in size. It is very difficult to distinguish the female of the Siberian redstart from the ordinary one even from a professional. More often they are distinguished by the plumage of males that are close by.

Redstart feeds on small arthropods: flies, spiders, caterpillars. However, this species of birds belongs to omnivores rather than to predators. If necessary, they can switch to plant food, eating various berries.

The Siberian redstart, despite its name, lives not only in Siberia. In summer, it can also be found in Mongolia and China. In winter, in these countries, the birds of this species have nothing to eat, so they are forced to make long flights to warmer regions. However, small birds do not like long journeys.They move to neighboring regions with a more pleasant climate. In winter, the Siberian redstart can be found in Japan and India. The birds fly over at the end of October, and come back in April. 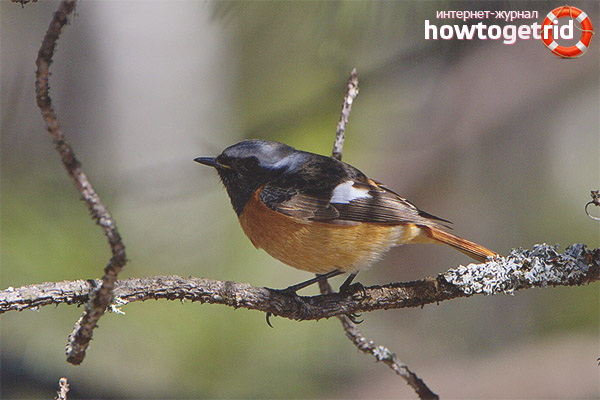 Redstarts do not like tall trees and impenetrable forests. Most often they settle on the edges, as well as in mountainous areas, but with vegetation. Steep cliffs also do not suit them. Like all passerines, the Siberian redstart prefers an area where there are many fruit-bearing bushes.

The Siberian Redstart is an unusual bird. It has the following features:

It can be concluded that the Siberian Redstart is a common bird within its habitat. She often lives near human dwellings, but does not love bondage. Redstarts are songbirds with a beautiful feather color, but it’s best to admire and listen from afar.