Of all pet cats, perhaps the most wayward. Not just the representatives of the cat family from ancient times endowed with various magical properties. Many even believe that cats are able to become guides to other worlds unknown to man. For this reason, in various legends, myths and fairy tales cats are often found in the house of witches and witches. Special attention has always been paid to tricolor cats, and the reason is not only in their rare color. There is a belief that cats with a tricolor color, are able to give their owner the gift of foresight. 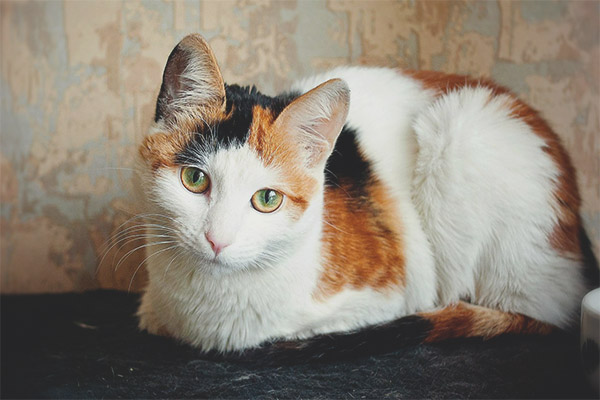 It is believed that it depends on the color of the cat, what magical properties it possesses.For example, since ancient times, people believed that black cats are able to protect their homes and owners from the attacks of evil spirits. White cats, according to beliefs, are able to provide harmony, calmness and comfort in the house. Redheads in turn become symbols of wealth. Representatives of the feline three colors include all the listed properties, and therefore are able to protect the house, keep it cozy and peaceful, and also bring wealth and well-being into the house. Often it is these qualities that cause cats to appear in people's homes.

why say that cats have 9 lives

Cats are animals, with which, perhaps, the largest number of different signs and beliefs are connected, especially for tricolor cats.

A lot of signs associated with tricolor cats in dreams. As a rule, in a dream the animal is trying to protect its owner from something. For example, if you had a dream about a cat scratching the threshold of your house, this sign says that it is better to refrain from large acquisitions or financial transactions. Also, such a dream can be a warning about the upcoming major loss.

If a cat with a tricolor color has a black cub, it will also have considerable abilities. For example, he will be able to protect his house from the effects of various negative energies, as well as to heal his hosts from various diseases.

It is believed that good luck can be accompanied only by animals who came to the house themselves.If the pet was purchased for money or donated to you by someone, you can leave a kind of ransom for it, leaving three coins at any intersection of roads. It is important to leave the intersection without turning around.

what breeds of cats are the most affectionate and intelligent

Types of pets in three colors

Tricolor cats come in two different varieties: harlequin and calico. Harlequins are snow-white cats, on the fur of which there are impregnations of black and red spots. Most often, such a unique color can be found in pets of the Maine Coon, Japanese Bobtail and Norwegian. Kaliko, on the contrary, is a black-red cat with small patches of white spots. This color is also called turtle. You can meet him in Persian cats, as well as in non-breed pets.

In general, kittens of three colors can appear in cats of different breeds, except for the British. Most often, animals with such a rare color are found among the felines with short fur or completely smooth, however, fluffy tricolor specimens can also be found. At the same time, it is interesting that in tricolor mothers kittens are most often born of a different color, they can easily be monotonous: black, white or red.In this regard, breeding tricolor cats becomes simply impossible, the appearance of such a pet is a real success and a rarity.

The gene carrying the tricolor color is transmitted in cats exclusively through the female line, so it is almost impossible to meet a cat with three-colored fur.

How are tricolor cats in other countries? 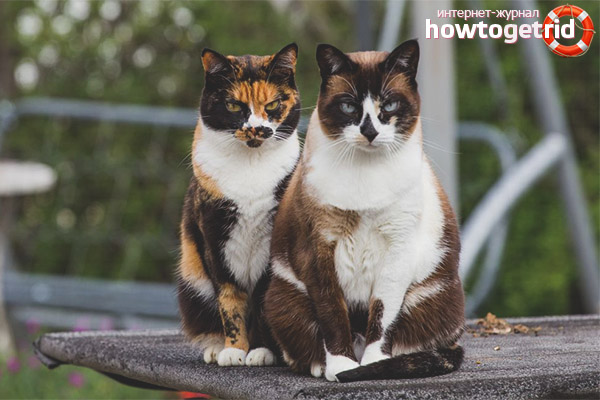 Tricolor cats have a docile and gentle nature, however, they may differ in some stubbornness. Pets will get along well with family members and other animals in the house. But at the same time, these animals absolutely always get what they want, so there is no point in banning cats. These beauties will achieve their goal anyway.

With strangers tricolor cats may show aggression and wariness. If someone wants to pick them up, a stubborn person can easily scratch and even bite. For this reason, problems often arise in order to take the animal to the vet.

Often, due to the stubbornness of these cats, problems may arise in order to accustom the animal to the tray.As a rule, tricolor beauties themselves choose where they will go to the toilet, and therefore, if the tray is not in the place where they need it, they simply will not visit it. If you notice that the animal goes to the toilet in another place, just move the tray there.

Kids from three-color cats are very playful and curious. It seems that their activity has no limits. They are very happy to very carefully inspect every corner of the house. It is interesting that even with age, the activity and curiosity of such pets does not disappear. Even in old age, such pets can happily participate in the pursuit of a ball or some kind of toys.

why does a cat and a cat need a mustache