Grapes during pregnancy - the benefits and harm

Grapes are a tasty and healthy berry, which has long been consumed both raw and used to make drinks. Juice, wine, brandy, port wine, vinegar, oil are made from various grape varieties. In addition, the berries are dried to create raisins. In general, grapes have many beneficial properties, but is it useful for pregnant women? Wine in this position is not to be consumed exactly, but in the case of fresh berries, you should go bust more. 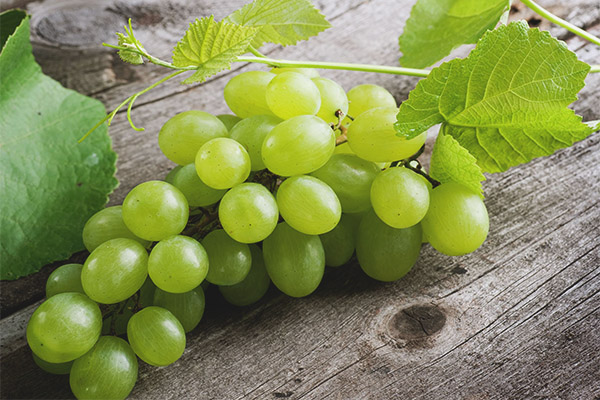 Grapes are a genus of plants of the family of the same name, which grows in the form of a climbing vine. Berries of grapes grow in the form of clusters, have various color and the sizes. The color of the grapes varies from dark blue to light green, and the dimensions are a few centimeters. The shape of the berries is oblong-oval.For ripening fruits need about six months of a warm mild climate.

The first mention of this berry dates back to 8 thousand BC. er Georgia is traditionally considered the birthplace of grapes; however, it is known that grapes in Armenia and North America were also eaten around the same time. In Georgia, jugs with remains of wine on the walls were found, the age of these jars is more than 8 thousand years. Wine-making attributes dating back to about the same time were found in Armenia. It is believed that our ancestors learned to make wine from the grapes almost immediately after they discovered the taste of this berry.

An important role was played by grapes for the inhabitants of ancient Greece, where it was brought from the countries of the Middle East. This berry in Greece was considered as an integral part of cultural identity, like olives. It is worth saying that in those days not only grapes, but even wine was consumed not only by men, but also by women, and even children.

The grapes are different. All fruits of the grape are culturally usable, but they differ in appearance and taste.There are several grape varieties, which are divided by purpose:

Each variety corresponds to many species. Each species has its own habitats, useful and dangerous properties. On the shelves of our markets and stores most often the following:

Of course, each variety and type of grape differs in its properties from others. Moreover, the growing of grapes, the number of rainy and sunny days in its habitat is of great importance. The following are averaged data for the most common grape varieties.

It is worth knowing that 100g of grapes contain approximately 70kkal. Almost like 100g of potatoes or 200g of cabbage. However, this product cannot be called dietary. The fact is that grapes consist almost entirely of carbohydrates and not just carbohydrates, but sugar.The ratio of proteins, fats and carbohydrates is 4: 1: 26. At the same time, sugar makes up almost 90% of all carbohydrates. A distinctive feature of grapes is that instead of fructose, it contains glucose, which predetermines the possibility of fermentation. We can say that the grapes are almost candy.

However, grapes contain a large amount of ascorbic acid, as well as some vitamins of group B, vitamin A and vitamin E. In addition, it contains many useful organic acids, including the unique - tartaric. As for microelements, grapes contain a lot of calcium, potassium, magnesium and phosphorus. It also contains iron, but in small quantities.

The benefits of grapes during pregnancy

Then we will discuss those grapes that can be used by pregnant women. These berries have the following beneficial properties: 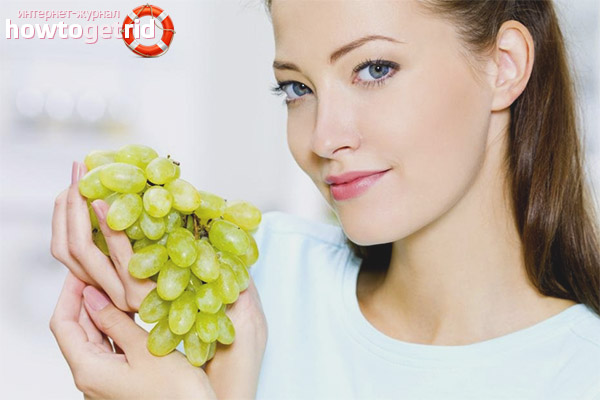 As already mentioned, black grapes are absolutely contraindicated for pregnant women due to the fact that fermentation processes begin quickly in it. In addition, grape seeds, which cause constipation and a source of toxic substances, have a negative effect. The grapes are contraindicated for pregnant women who have problems with the gastrointestinal tract. In addition to constipation, these berries can cause flatulence and abdominal pain.

In addition, grapes are absolutely contraindicated for people with diabetes due to the high content of glucose in it. Pregnant, obese, also should forget about these berries. In addition, if a woman has a large fetus, doctors also recommend to give up everything that contributes to weight gain.

You can not eat grapes in the third trimester, because it is a strong allergen. The same rule applies to nursing mothers.

Thus, we can conclude that grapes are a really useful product that can be consumed during pregnancy. However, there are some limitations. First of all, it is necessary to choose the right grade and decide on the presence of contraindications.In addition, it is important to remember that any product benefits only when it is used moderately.