How to calm the cat so that it does not yell

Cats are one of the most common animals. These lovely creatures do not leave anyone indifferent. But these pets have a peculiar disposition, which can be difficult to handle. Owners of cats often face various difficulties related to the health, character or any features of the pet. To solve the problems you have, you need to understand your pets as well as possible. 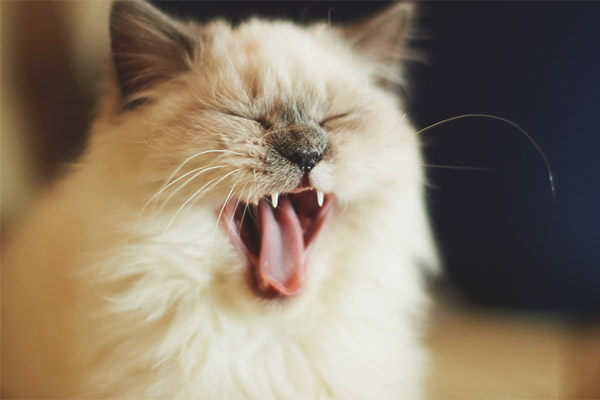 One of the common problems that cat lovers face is the feline op. Sometimes an animal screams so loudly and for a long time that it can bring out even the most loving owner, and even more so the neighbors. Often such screams are heard at night, which is even more annoying. To solve a problem, you need to determine its source. A cat can scream for many reasons.

This is one of the most common reasons. When hormonal changes begin in the pet's body, it can yell almost around the clock. This happens in all uncastrated males during arousal. These screams infuriate the owners and others, especially if the animal is on the street. Reassure pet in this case will be very difficult.

It is important to remember that the animal at this moment is also very bad and uncomfortable. When his attraction is not satisfied, he suffers from physical and moral torment. Angry at the animal in this case is meaningless. After all, he is not to blame for this, it is just a natural phenomenon. After all, the breeding instinct is practically the strongest in the animal world. In females, this problem occurs less frequently. But during heat, they too can shout.

Why does the cat constantly meow and scream?

A cat may shout because of a disease. Perhaps he is not comfortable or something hurts him. If your pet is already aged, he may suffer from many diseases. Often they develop Alzheimer's disease or disorders in the nervous system.

Perhaps the animal is injured in a fight or has landed badly after a jump. It can also be urolithiasis or worms that cause pain in the pet's intestines.Independently determine the cause is difficult. The animal, especially the elderly, requires examination.

If, from childhood, the pet is used to being in the center of attention, it will also require it in adulthood. If you are distracted by an activity, the cat may scream to get attention. This is a kind of blackmail. The pet seems to make it clear that if he is not petted, he will continue to make such sounds.

If the cat is used to it since childhood, it will be quite difficult to wean. Pet very well learns the technique of manipulation.

Sometimes cats that suddenly start feeling hunger at night also make very loud noises. They will terrorize the owners until they feed him. To avoid such manipulations on the part of the pet, they must be stopped from an early age. To do this, just ignore the blackmail of the pet, and he will understand that it does not work. Having suffered several times in the future you will not experience problems with it.

If your cat is neutered, and you are sure that he is in good health, but he still screams and becomes agitated, you need to think. Often pets anticipate any troubles or phenomena of nature.It is known that cats often have a bad feeling. This is confirmed by a large number of real stories about how the pet saved the whole family from death. For example, reported on the upcoming earthquake. But this happens very rarely.

A more common option is the usual longing. An animal may simply feel sad if one of the owners has gone far away or has died.

Often, a cat screams after its babies are taken away. They are especially worried if the kittens were very small. After all, animals are also able to experience emotions and suffer not only physically, but also morally. In this case, their screams can only cause sympathy. If you understand that this is the reason, do not scold your pet. It is better to regret and caress him.

Reaction to the actions of the host

Often a cat can scream when he is unhappy with the actions of the owner. This happens with abuse or neglect. It is better to start a cat or any other animal only to those people who have love and tenderness for them. Otherwise, it will be a torment, both for the pet and for the person. 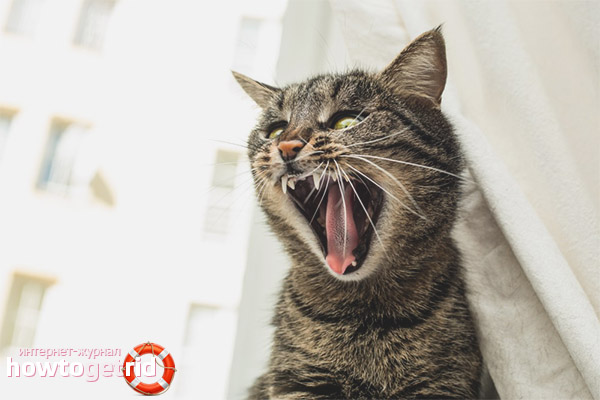 When the cause is determined, you can begin to eliminate it.But this, unfortunately, is not always possible. For example, if a cat is not neutered, and you are not going to do this operation for him, then the op will have to be tolerated. When the period of anxiety passes, the animal will simply calm itself.

There are special drugs that reduce attraction, but experts do not recommend using them often. They believe that such funds harm the health of the animal. Giving them is allowed only as a last resort. If for any reason you do not want to conduct castration, you should give your pet a chance to satisfy natural needs.

If there are other signs of anxiety besides the mouthpiece, for example, a cough, or a pet is already aged, show it to a specialist. Most likely, this is a disease.

There are several more methods:

If your animal behaves inadequately, you must try to understand it. After all, just so the animal can not worry and yell. There must be a reason for this. If we take a pet to our home, it means that we are now responsible for it. After all, they are also living beings with their habits, emotions, and diseases.

The reasons described above are the most common. Carefully watching the animal, and eliminating all the options, you will find the cause. After that, it will be easier to eliminate it.

what to do if a cat screams and wants a cat

Video: how to calm a hyperactive cat