Black Russian Terrier - breed description and character of a dog

Black Russian Terrier is called Stalin's dog. Overall dimensions give the pet awesome beauty. It is difficult to walk with the dog down the street so that people around it do not notice it. Coal-black color makes the terrier even more formidable. Usually the breed is kept in the private sector for obvious reasons. Today we will study everything about its origin, the intricacies of education and care. Let's not rant, let's get started. 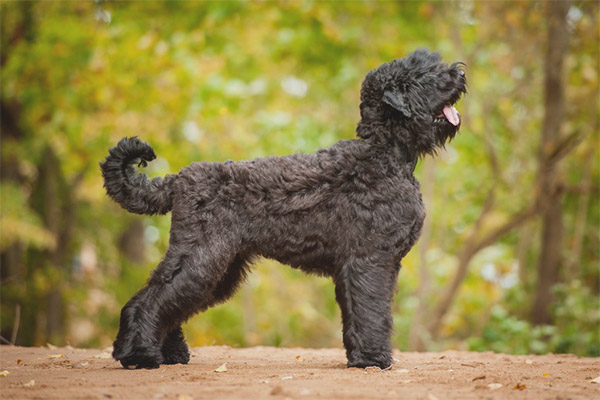 The dog is unique in its appearance, but in its appearance one can find characteristics of other breeds. We are talking about Airedale terriers, schnauzers, rottweilers, etc. Such similarities are not without reason attributed to the dog of this breed. In fact, the blood of these species flows in this dog.

The dog received the nickname "Stalin" in view of the fact that in his years the Soviet kennel received a government assignment. It was necessary to withdraw a dog belonging to the guard and guard breeds.

The dog must have appropriate skills. The breed has physical endurance, intelligence, decisiveness, ability to conduct service in various climatic conditions.

Taking into account this data, the breeders received a black terrier. He quickly gives in to training, knows how to single out a leader in the person’s face, to pick up a threat.

In addition, the dog is able to make decisions in emergency situations and not get lost at the slightest danger. He is alert, hardy, watchdog. The breed is perfectly folded, the muscular frame is well developed.

The main task of dogs of this kind - the protection of the most important classified objects and military people. But in today's times, black terriers are used as the pet of the family. Keep it preferably in private homes.

Airedale Terrier - breed description and character of a dog 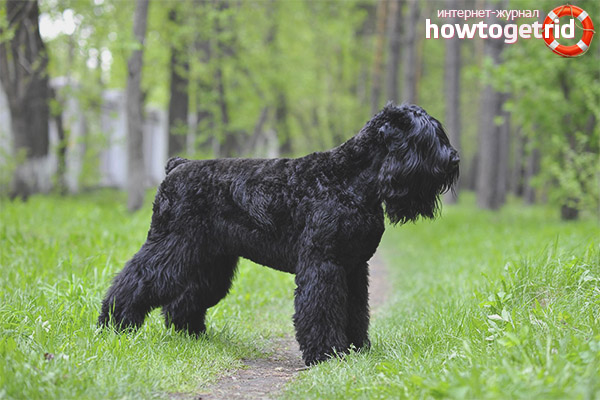 border terrier - description of the breed and character of the dog 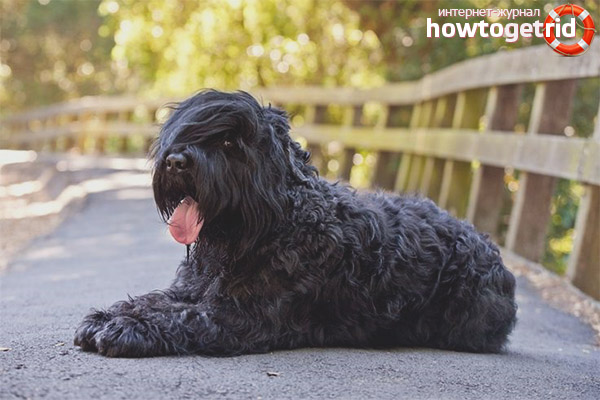 Australian Terrier - description of the breed and character of the dog 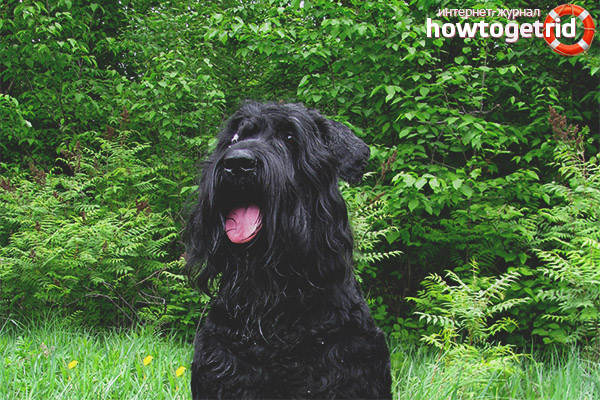 Russian black terrier has a sharp mind and excellent memory. It is a pleasure to train such dogs. In doing so, you should have some experience.Experts recommend taking special training courses with your pet. As a result, the dog will know its place in the family. Check out some details with the breeders when purchasing an animal. Experts will tell about all necessary.