Beetroot - has long been a famous vegetable, which is eaten for centuries. Beets are eaten as a separate dish, seasoned with mayonnaise, added to salads and soups, and juices are prepared from it. Not only the root crop is suitable for consumption, but also the leaves, which are also added to salads. It is impossible to cook favorite dishes of Eastern Europeans without beets: vinaigrette, herring under a fur coat and borscht. Is there any benefit from eating this vegetable? 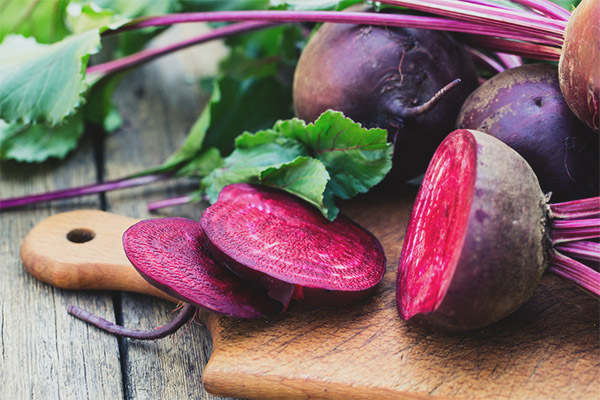 Beetroot is a genus of herbaceous plants belonging to the Amarantha family. Of the edible plants in the same family include spinach. It is noteworthy that in some regions of Eastern Europe beet is called “beet”. In the same regions, it is used as a root vegetable and only occasionally leaves are used for food.

Beetroot was known a few thousand years before our era.Initially, they ate wild beetroot, and then they cultivated this plant. The cultivation of beets has its origins in the 2 millennium BC. At that time, only the leaves of the plant were used as food, its root was small, unlike the one we see now. The edible root crop appeared in about 400 BC. They began to cultivate it with the beginning of our era. It was after the beginning of the use of root vegetables, beets quickly spread throughout the world. The most valuable and delicious sugar beet, bred in the USSR.

At the moment, beet grows on all continents. On the territory of Eastern Europe, the lands most suitable for its cultivation are located on the territory of Western Ukraine at the foot of the Carpathians. It is there that sugar beets are grown, from which sugar is then actually made. Beetroot loves a moderately warm and humid climate.

In addition to sugar beet, there are other species of this plant. Most often, food is used to eat beets. It is distributed everywhere, has a pleasant taste and aroma, is rich in useful vitamins and trace elements. This species usually grows medium size and has a mass up to 1 kg.The third type - fodder beet is not consumed. It usually reaches a large size, it can weigh about 10kg. Due to not very pleasant taste qualities, this plant is not eaten, but it is grown in many countries. Fodder beets serve as food for various animals.

The composition of beets

It has already been said that table beet has a number of useful properties. Next, it will be about this variety, since the other varieties are more often used in industry and animal husbandry. The table beet has a caloric value of 40kcal per 100g. It can be used by those who wish to lose weight. For comparison, 100g of another root crop - potatoes - contains 2 times more.

The ratio of proteins, fats and carbohydrates in beets looks like: 8: 1: 48. Indeed, even beetroot has a large amount of carbohydrates, which reduces its attractiveness for dieters. However, it is worth remembering that some carbohydrates from beets are not absorbed by the body at all, and, therefore, are not deposited as fat.

Beets are rich in vitamins.It contains a large amount of vitamin A and ascorbic acid. Thiamine, niacin, riboflavin, pyridoxine and pantothenic acid predominate among vitamins of group B in beetroot. Most of them are in fresh root vegetables, because freshly squeezed beet juice is the most useful. In addition to vitamins, there are many microelements in beets. She is the record holder in calcium among other vegetables. In addition to calcium in beets a lot of iron, potassium, phosphorus and magnesium. The content of useful substances decreases slightly during the heat treatment of beets.

The advantage of this vegetable is that its vitamins and trace elements do not act separately, but in tandem. In a beet, all elements are arranged so as to potentiate the properties of each other. Root beet has the following useful properties: 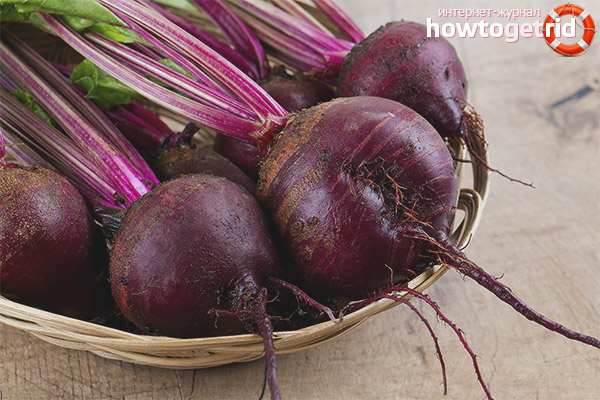 Contraindications to the use

In addition to the beneficial properties of beets and has harmful. Contraindications to its use are as follows:

Thus, we can conclude that beets are the most ancient vegetable, the taste and beneficial properties of which have been known for many millennia. Beetroot helps fight many diseases and prevent their development. However, there are a number of diseases in which the use of this root is strictly contraindicated.