How much does a cat move away from anesthesia after castration?

Surgical intervention associated with castration is performed using general anesthesia. For this reason, cat owners are interested in how long a pet will recover after a similar operation. 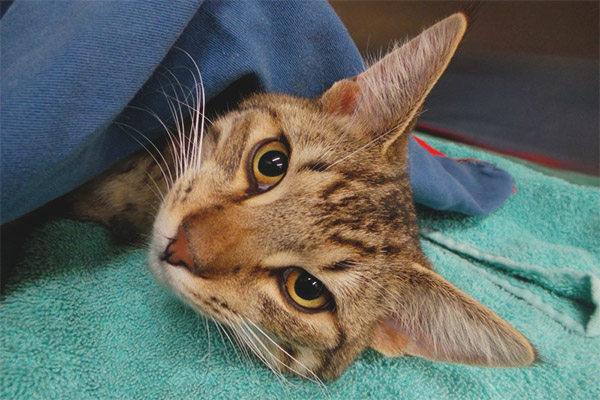 You can never be sure when exactly the effect of anesthesia will end. This is influenced by many factors, which include the individual characteristics of the animal, its age and general health. The older the individual, the longer the effect of anesthesia. Therefore, the castration operation is preferable to do in the first years of the cat's life. Often this time is from 2 to 12 hours.

Young cats with an active temperament begin to regain consciousness after 2-3 hours.Seniors may be under the influence of anesthesia for a long time. On average, this time is approximately 5 hours. In the event that the cat does not come to its senses for quite a long time, more than 8 hours, it is worth contacting the veterinarian for advice. For anesthesia of the feline family, standard anesthesia is not used, but a drug is used, under which they lose their sensitivity, but their eyes are open.

Some owners are very nervous when their pet is under the influence of anesthesia. This is quite natural, because the animal is in an unusual condition for it.

There may be bouts of vomiting, lack of appetite and the presence of seizures. After a certain amount of time after surgery, the cat may be somewhat weakened, its movements may have less coordination.

can a neutered cat want a cat

Behavior of a cat after anesthesia

The way a pet behaves when it is separated from anesthesia is very individual. However, during the first days the cat should normally stand up. Very often there is a lack of appetite, it should not be alarming, after a few more hours it will recover.

In general, an animal may behave somewhat unusually. A cat may report its unusual state by meowing, it may have vomiting and confusion.

How to care for a pet after castration?

Within a few hours after surgery, the effect of anesthesia continues. In this case, you must provide the cat the necessary care. It is completely uncomplicated, and you do not need to have certain skills. The only condition is to be near the pet for the reason that he may suffer from reduced coordination of movements. Some cats may begin to move around the house randomly and confusedly. It is important that the cat does not climb on the furniture with which it can fall and be injured.

In the first few minutes, when the cat wakes up, he may have involuntary urination. Therefore, it is important to spread a pet absorbent diaper or any other litter.

The animal under anesthesia should be in a position on its side, preferably on the floor. It should be well covered with a blanket and next to put a heating pad or a bottle of warm water. This is necessary because the body temperature drops during anesthesia. Another animal needs to close its eyes to protect them from drying out. The problem can be solved by using eye drops. What can be used - should ask the vet.

Within 4-6 days it is necessary to treat the surgical site with the help of brilliant green, Chlorhexidine or another antiseptic, which will be advised by a veterinarian. Cats, as a rule, lick their wounds on their own. But in this case it is not entirely desirable. To avoid this, you can use a special collar, which is removed only during the meal. The animal may begin to rub the wound on the floor surface or pieces of furniture.This is highly undesirable and can be dangerous in the first few days. To avoid this, it is necessary to use a diaper, having previously cut a hole in it for the tail. This will save the surgical site from scratching and infection.

In the first few days, the usual filler is required to be replaced with toilet paper. This will prevent damage to the postoperative healing wound. In addition, it will provide an opportunity to notice the release of blood in the case of bleeding and during response. Some time after the operation, the animal will have difficulty walking, staggering. For this reason, it is worth paying attention to it in the first few days. Young cats recover very quickly. Older individuals are more likely to suffer from complications, but they do not always appear.

Pets after surgery require more attention and care. But it happens when cats start to ignore their owners, as if offended by them.In fact, the animal does not understand what happened to him, because it does not understand anatomy. But they understand that the owner independently carried them to some place, after which their health worsened. After some time after recovery, the cat again begins to trust the owner.

castration of the cat - the main pros and cons 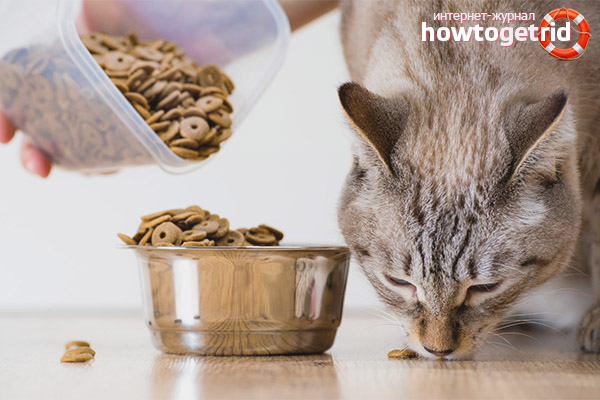 Castrated animals need correction in their diet. An important condition is the exclusion of fish from it. After such operations, some cats begin to rapidly get fat. The presence of excess weight is also dangerous for them, as well as for people, it can cause the development of diseases of the cardiovascular system and hormonal imbalance. For this reason, the standard feed should be replaced with a special one.

Those who feed cats with home-made food need to reduce the amount of foods containing calcium, as well as carbohydrates. At the same time in the diet of the animal should be a sufficient amount of lean meat varieties, dairy products, cereals and vegetables.

Some hold the opinion that castration provokes the development of urolithiasis.However, these afflictions are a consequence of malnutrition and dehydration.

How does the character of neutered cats change?

Not all owners decide on such procedures. However, the operation has many positive effects. It not only prevents changes in behavior during periods of sexual activity, but also is the prevention of many unpleasant diseases that can pose a threat to the life of the pet.

Surgical intervention to remove the cat's testicles in practice helps to improve its character. When he ceases to be interested in the opposite sex, he begins to pay more attention to his masters, he becomes more gentle and docile. He begins to play more and communicate with people.

For some individuals, characterized by aggressiveness, this is the only way to get rid of it. Many do not dare to castrate a cat, because there is an assumption that this makes it apathetic and lethargic. But the reason for these changes is weight gain due to malnutrition.

Cats, after going through the procedure of castration, become more concentrated and are more amenable to training.They do not seek to run away from home, which prevents accidents and infection with infectious diseases. In relation to their relatives, the castrate does not change their behavior, but no longer show aggression towards them. Therefore, this procedure is recommended to be carried out if it is planned to settle another cat in the house.

Many owners do not decide on the procedure, because they feel sorry for saving the pet from the joy of communication with the opposite sex. However, they know little about all the negative aspects of such communication. After all, matings with often homeless or yard cats lead to infection with various diseases, which often cause the death of the animal.

In addition, the promiscuous sex of a cat leads to the birth of useless outbred kittens, increasing the number of stray cats. Cats do not suffer due to the lack of sex and the ability to have offspring. The need to mate for them is a natural instinct. They experience discomfort if they are not satisfied with it.

Many avoid castration, using different drugs to suppress sexual activity. They are quite effective in a similar situation, however, contribute to the violation of hormonal levels.Which, in turn, sooner or later provokes serious health problems in the cat. In addition, with frequent use, they are addictive and simply cease to act.

Positive aspects of the operation

In practice, the operation of castration rarely causes complications, and recovery occurs quickly enough. However, this operation must be performed by a qualified doctor. After it, the animal needs additional care for some time. This should be taken into account by the owner, who decided on such a procedure.

when you can wash the cat after castration

Video: what to do after castration?